3 Countries That Have Not Successfully Implemented Herd Immunity

Covid-19 pandemic made several countries in the world do lockdowns or social restrictions for their citizens. However, there are a number of countries in Europe that do not enforce this on the grounds it is not suitable to be applied in their countries considering the habit of gathering or outdoor activities is a culture that has become ingrained.

A number of countries in the world that do not enforce this lockdown try the Herd Immunity system to be implemented in their countries in lieu of social restrictions to gather or do activities outside the home or lockdown. Martin Hibberd, an emerging infectious disease professor at the London School of Hygiene & Tropical Medicine, explained that Herd Immunity is when about 70 percent of the population has been infected and recovered, the possibility of a disease outbreak is much less because most people are resistant to infection. In fact, the Covid-19 outbreak has not yet found a cure or vaccine to date. There are no countries that determine the way Herd Immunity produces positive results. 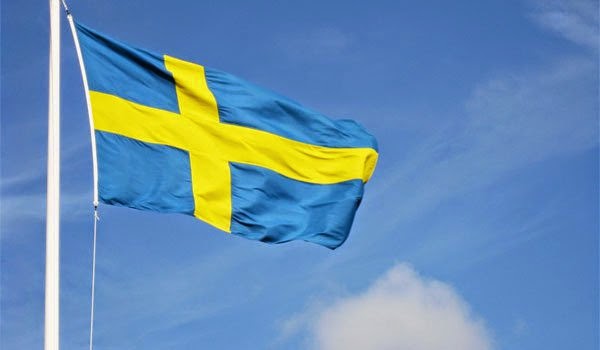 A country that is very brave but tends to be reckless does not set a system of social restrictions at all in the country. The local government only appealed to be diligent in washing hands and wearing masks but did not set social restrictions or apply independent quarantine.

What happens is that only 7.3% of Swedes have antibodies for the Sars-CoV-2 virus. worldometers.info data, cases in Sweden are also high with a total of 33,843 cases, 4,029 deaths, and 4,971 cures. The government of this country says that their population is adults who do not need to be given strict regulations but only in the form of appeals. The country said it wanted to protect the economy by continuing to carry out activities in the country as usual. Some companies set work from home but still could not suppress the rate of infected communities.

The Dutch government also had a chance to implement the Herd Immunity system. According to the Detik website, Dutch Prime Minister Mark Rutte had said that the total lockdown was not suitable for the Dutch.

"The expert tells us that the Netherlands can slow the spread of the virus in the meantime at the same time building immunity in a controlled group," he explained. The Dutch government wants to protect the social, economic, and psychological aspects of the quarantine impact of the area so that one-day efforts to return to normal conditions will be easier. So far there have been 45,445 confirmed cases with 5,830 deaths.

If the risk is not too large, it is possible to apply group immunity, but in fact COVID-19 leads to a sharply rising number and requires critical care. The British government finally took the lockdown step after getting a report that if the Sars-Cov-2 virus would cause the death of 250 thousand British citizens if the Government did not take drastic steps.

Sex Facts After Childbirth, What Is Different?

Sex Facts After Childbirth, What Is Different?

The Spreading of the Coronavirus is Susceptible Occur At...

How These 4 Countries in the World Overcome Covid 19

Are You Addicted To The Salon?

I’ve got a slightly odd question for you, dear readers. I’m specifically talking...

The way to shop now changes with the development of technology. And still it's like...

What You Need To know About Mother's Day

Once you start funding 15% of your income towards retirement, and once you’ve fully...

CVS matchups: Goodies for on the go!

This week’s CVS matchups feature goodies to spur you on to victory! Oh, and don’t...